It sounds like it could be wrong permissions for the USB storage device, or the device could be degraded/corrupted. Have you tried using different USB drives and different USB ports on your workstation in order to rule out hardware issues? Otherwise, it would be helpful to know what the error messages are & what host OS you’re running Etcher on.

The same applies to the SD card; these are known to degrade quickly & suddenly. And again, the exact error messages you’re seeing would be helpful to know, as well as a description of the expected vs actual behaviour of the SD card.

In the case of (most modern) SD cards, as they begin to fail they’ll isolate bad blocks - so they’ll appear to work ok, until they run out of reserved spare blocks at which point they lock to read only mode.

We have tried up to 9 different USB drives and all of them end up with the same message. The Etcher Pro is running on the provided tablet we received and the OS we are trying to flash is Linux.
Several of the SD cards we have tried are straight out of packaging brand new. All of these devices work when plugged into Balena Etcher via our Windows computers.

When using the source file to flash the SD cards, it will always work on our computers but when we try to use it on the Etcher Pro, this pops up. 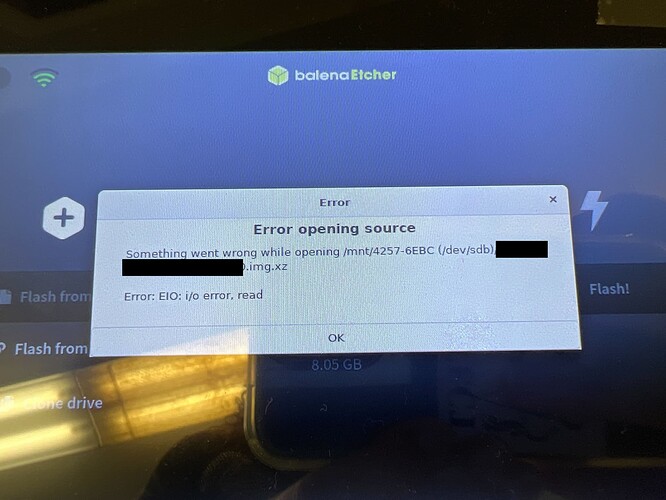