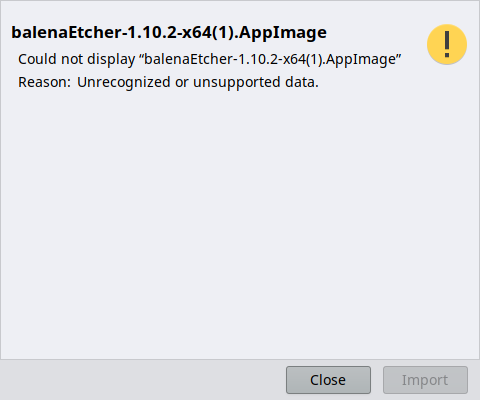 Their is a posted bug report for Etcher version v1.10.1
not working at all.
https://github.com/balena-io/etcher/issues/3885

Another recent bug in the current Etcher.
Blank screen when launching etcher #3898
https://github.com/balena-io/etcher/issues/3898

thanks for bringing this to our attention and for sharing your experience, and for letting us know that the recent release has fixed the issue