I can see there are a bunch of us in the balena community all working on slightly different variations of GitHub Actions for deploying to balena - some of which I have listed at the bottom (and some of those have been forked 19+ times!).

There is the official balena GitHub Action which has advanced features like the ability to create draft releases and then move them to production on merging of a pull request (GitHub - balena-io/deploy-to-balena-action: Official Github action to deploy releases to balenaCloud environments). But it was highlighted that there was interest in something outside of these more specific tasks, and you had all done some amazing work building it.

So I pulled all the collective work together in to one place and added a few other features based on some posts in the forums, for example preloading (Balena Preload on Github Actions).

In addition to the existing features, the new action allows:

It would be great to hear your thoughts on whether this serves a need, and to see if we can pull all our resources together and save you all some of your precious time. It is going to remain a community driven action, so do keep that in mind when using in your repos or when looking for support, but considering the collective brain power applied I suspect you will all make it something great. 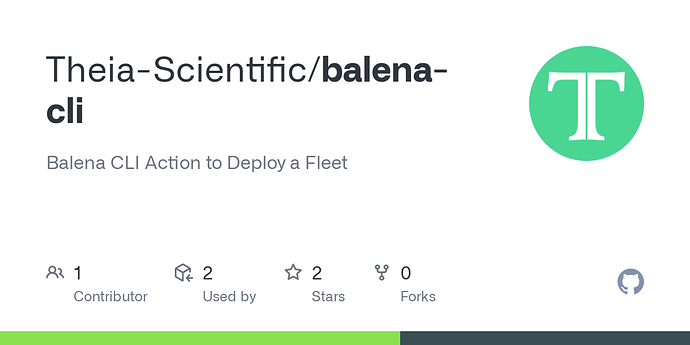 Balena CLI Action to Deploy a Fleet. Contribute to Theia-Scientific/balena-cli development by creating an account on GitHub. 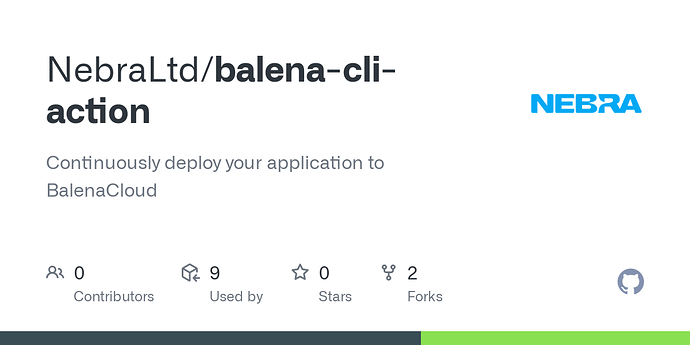 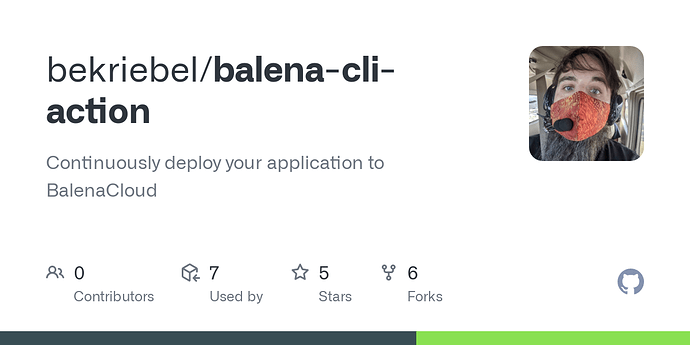 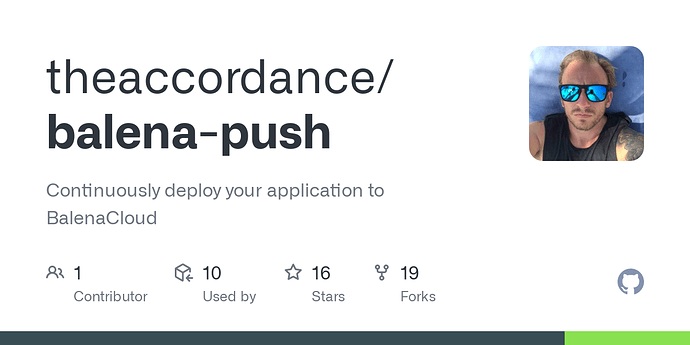 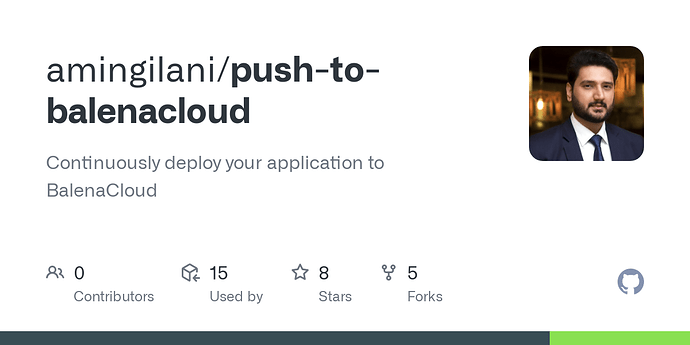 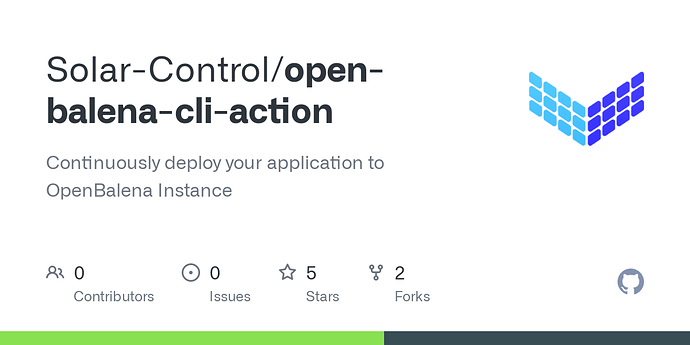 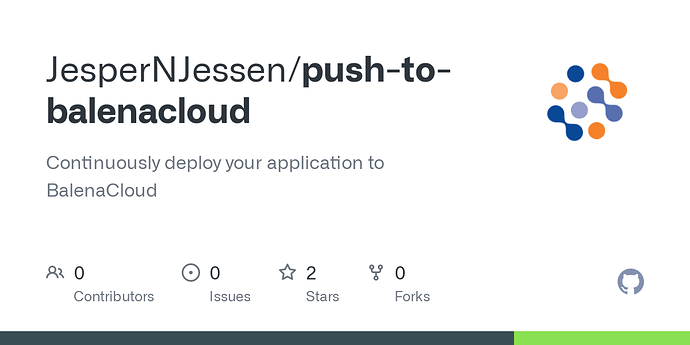 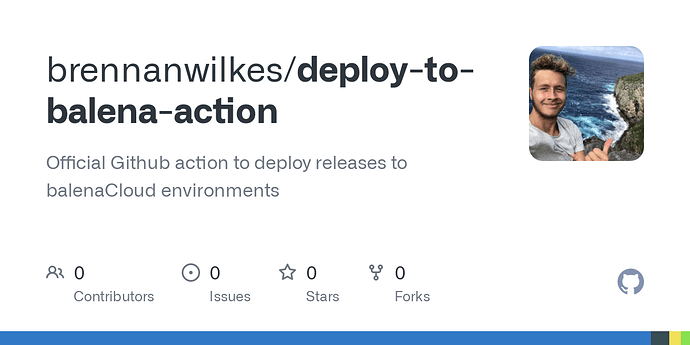 @Maggie, I like the idea of creating a community CLI action, which is based on the proven way of using balena CLI to deploy.

When we were looking for the GitHub action, the official balena action GitHub - balena-io/deploy-to-balena-action: Official Github action to deploy releases to balenaCloud environments was too complicated and did not support workflow_dispatcher, which we use a lot to deploy ghcr containers from multiple repositories.

This Action is similar to what we are using at Theia-Scientific, and having the version as an argument is a nice touch, which is missed in previous actions.