Realizing it’s overkill, but just thinking of my current ‘todo’ list of balena projects, and matching it up with life’s pain points. An early adopter of home automation, I’m still running a SmartThings v1 hub, with a bunch of Zigbee and Z-Wave devices around the home. Was a huge fan / advocate, and now completely discouraged by the platform, developer experience, and – what feels like one setback after another following the Samsung acquisition. Thought I had a pretty good thing going – and with Alexa integration, it was even scoring in the “Wife Acceptance Factor” (WAF). But that’s all changed significantly in the recent years…

Back on point: I dabbled with Home Assistant a bit, with a RPI4 and a dongle – but was daunted by the migration process. Until I get around to building a LoRa rig… using the balenaFin to host Home Assistant is as good a use as any. Is there anything specific I need to know? I see a couple other threads on balena w/ Home Assistant - so just looking for any balenaFin nuances or #ProTips.

Big shout out to @chrisys – Thank You, Brother! And - to all of team balena for some very interesting things, and plenty of learning opportunities / motivation.

Hey Billy, thank you for the positive attitude and love : ) So nice to hear your enthusiasm.

You might have seen them already, then still let me share for anyone else reading this thread. We built couple of Home Assistant projects that might help to kick start such projects:

Monitor air quality around your home with Home Assistant and balena

This guide illustrates how to run Home Assistant using balena on a Raspberry Pi, and then integrate that setup with balenaSense’s air quality monitoring. 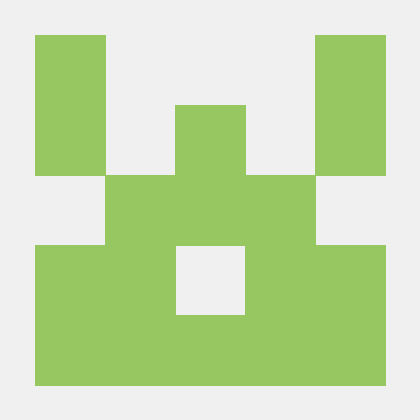 Good question on balenaFin nuances here. I pinged couple of teammates internally. Someone might chime in on that topic.

I too run a Fin with Home Assistant

(I have yet to write this one up). The board top right is a 12V -> 3.3V level shifter to capture inputs from my thermostats, top left is a cheap relay board, bottom left is the control for my heating manifold and bottom right is a 240V/12V PSU.

Outstanding! I’ll lean in on those two Home Assistant links - as well as the getting-started for the Fin. #MoreLearning! I’ve had a couple of Pis running BalenaSense monitoring AIQ since the California wildfires had us sheltering-in-place for yet a different reason. Interesting to compare a pi w/ BME680 sensor to a much costlier PurpleAir monitor - which in the end is just an ESP8266 and an (impossible-to-acquire, last I checked) PMS2003 particle sensor. But now I’m totally off-topic and should be over in the Sense forum

I just wanted to jump in here and add that the projects linked above work great on the Fin and are a good starting point for Home Assistant on balena. There is nothing specific to the Fin that needs to be changed to get them up and running.

I’m using the Aeotec Z-Stick Gen5 Z-Wave Dongle and one item to note is that if you have a cable plugged in to the Fin Ethernet jack, you may need a short USB extension cable to plug in the dongle since the jacks are close together.

Good luck and let us know if you have any questions as you go through your project.

@alanb128 Great tips, and thanks for the confirmation. I almost got the Aeotec dongle - but ended up with a Nortek Zigbee / Z-Wave dongle:

FYI: This evening I was able to follow the getting-started guide to get the fin flashed - then learned about the CLI trick for configuring the image with WiFi details before writing it to the Fin - and finally followed the blog post above covering HA and Sense, starting all over with an image downloaded from the balena dashboard.

Was scratching my head for a bit when, after completing the Sense integration via device environment variable - I wasn’t seeing the values in the freshly configured widgets. Looking at the sense device logs, I found that the MQTT connections were timing out - which finally reminded me that I’d provisioned the Sense devices on my IoT ‘guest’ SSID – but had put the HA device on my ‘real’ SSID so that it could communicate with a couple other ‘internal’ systems. Darn that network segmentation: It’s a fine concept to keep your “IoT things” isolated - until they need to interact with the rest of the ecosystem (music / photo libraries, etc). At any rate, moved the Sense device so it could reach the MQTT server - and now all is well. I gotta do some UI dashboard work, but…

I posted elsewhere about ‘adding drivers/libraries’ to existing devices / deployments: Here’s just such a case. In addition to the BME680 sensor - I added a small OLED display to the device, with the intention of adding a local display of measured conditions.

I think the real hurdle to just going all in on HA, and ditching SmartThings once and for all, is the daunting task of going around the house and disassociating / excluding every switch, outlet, lightbulb, etc – and easier task for some devices than others, it would seem.

@alanb128 or @chrisys or anyone else have any specific experience or #ProTips on this activity?

You’re correct, that can be a daunting task - I’ve done it twice. The best advice I can give is to make a list of all your devices beforehand so you don’t leave any behind. Gather all the device unpairing instructions ahead of time since some can be unintuitive. Also, I like to start at the edge of the network and work inwards when unpairing. Since Z-Wave is a mesh network, you want to avoid deactivating a device being used as a pass through to others. (I’m not sure if deactivation stops the pass through, but it can’t hurt to be mindful of that.)

Thanks for the great #ProTips @alanb128! Funny - I ended up with a SmartThings v2 hub at some point - and never got around to deploying it, for exactly these reasons.

It’s great to hear that “it can be done!” – not just once, but even twice. I’m totally intimidated by the possibility I might have to gain physical access to some of the devices, installed as outlets or wall switches, etc. Sure appreciate the sage advice - I think this approach will really help.

My balenaFin all snuggly in it’s 3D-printed case:

No LoRa module or antenna - but at least a Zigbee / Z-Wave dongle for its current role as a HomeAssistant hub.

Nice work @SnoWake thanks for sharing! We also have this case as well if you wanted to try another, different one: https://github.com/balena-io/balena-fin-3d-print-case

Thanks @chrisys ! I printed that alternate case, as well - and may go ahead and move the Fin.

This is beautiful! Do you have the STLs somewhere Billy?