When I try to apply the application config variable from a balena.yml using the deploy with balena method, the value RESIN_HOST_CONFIG_disable_splash: 1 fails to populate correctly. The other config variables seem to populate just fine. 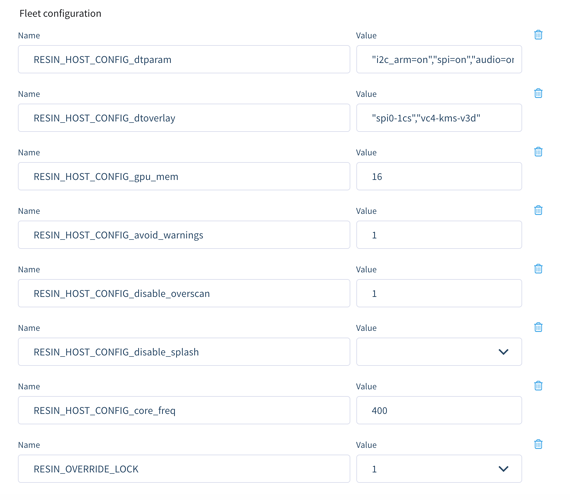 You can see the repo here: 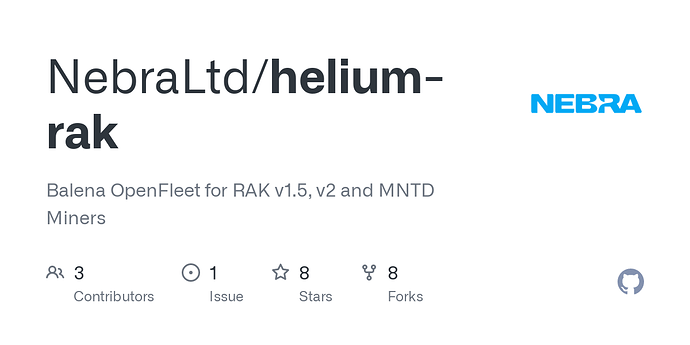 Balena OpenFleet for RAK v1.5, v2 and MNTD Miners. Contribute to NebraLtd/helium-rak development by creating an account on GitHub.

And the balena.yml is here:

This file has been truncated. show original

Is this a known issue?

Hello @shawaj this does not seem to be a known issue. I was also able to reproduce it. I’ll ask internally and if necessary we’ll open an issue and keep this thread updated.

Thanks @alanb128 much appreciated

Hello, this sounds like it may actually be an internally known issue (I would share the github issue but unfortunately it is in a private repository). Could you please check if putting the value that fails to populate correctly in quotes fixes the problem?

Ah actually you mentioned you were deploying with balena, implying you do not have edit access to the balena.yml for testing with DWB, right? In that case I would raise an issue in the respective repository to inform the maintainer to check out this issue, and inform them that we have an internal issue with a suggested workaround of putting the “bad” value in quotes. If you do create the issue, please link it here for visibility for anyone coming here with the same issue to be able to keep an eye on it.

@myarmolinsky - actually it is our repo, so I do have access.

However, trying on an incognito browser window a few minutes later, it did work. However, I can’t seem to reproduce this.

Does the deploy with balena button use some kind of server-side caching of the balena.yml file in a repo or something? Is there any way we can force-clear that cache?

There definitely seems to be some caching of the balena.yml so changes aren’t pulled through immediately but it does not seem to work correctly.