Balenaetcher seperated 5TB HD into Two Disk; How to Fix to make one drive again

Good Morning. I used a 5th WD harddrive to flash Batocera using BalenaEtcher and it created a Disk 0 w 931 GBs and a Disk 2 with 4657 GBs. I want to combine these two back into a 5tb hard drive but it will not let me. I tried using the command prompt with diskpart and it doesn’t combine the two disk back together again. I have tried third part partioning programs and nothing. I have hit a wall. It;s not like it partioned the 5tb hard drive, it made two different disk. I have read the post about “balenetcher broke my drive” and that solution did not fix the problem. Please help. Thank you.

Hi, would you be able to provide a bit more information:

In general the way to install Batocera to HD is to create a bootable disk and then install the OS to hd. from the usb booted system.

I am using Windows 11. The verison of Balenaetcher is the latest version.

I comtected the 5TB hard drive with a usb. It is WD Hard drive.

I think thats what it did. Its created a disk for the OS and a disk (Disk 0) for everything else (Disk 2). What i want to do is combine both again into one disk. If it partioned the disk and kept it on the same disk ie Disk 0, that would be great because i could format both partitions abd merge the drives back together. The problem is when its split into two different disk.

Etcher is not a partitioning tool, it has no concept of partition at all.
When you flash an image on a drive, it will write the whole image at the beginning of that drive and leave the rest of the drive empty.

When you flash an OS (like in your case with Batocera), it usually do the resize itself on first boot.

“Boot the Batocera drive and let it automatically expand the userdata partition (could take a few seconds or a few minutes, depending on your drive size/speed), it will reboot again once done. Don’t turn off the device during this step or you might risk data corruption!”

Installation Guide For those who prefer video guides, here are some excellent ones by ETA Prime: * If installing Batocera onto an x86_64 computer, Turn An Old Cheap PC Into An Emulation Dream Machine! (the controller configuration for standalone...

So would I have to delete the portion that is missing in a linux based system and try to convert it back to something windows can read?

Here is what I am talking about in KDE Partioned Manager on the steam deck. I want to delete the used partion of 96.97 GBs and reclaim that space. 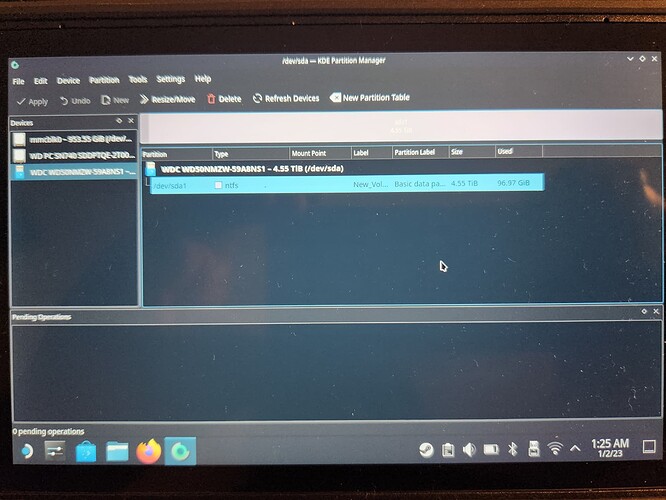 FIXED I used this youtube video to fix this. Have to download minipartitioning tool to fix it. Thank for all your help. It allowed me to reclaim this partition on the disk. 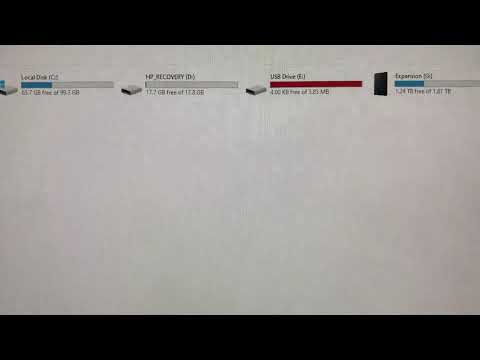